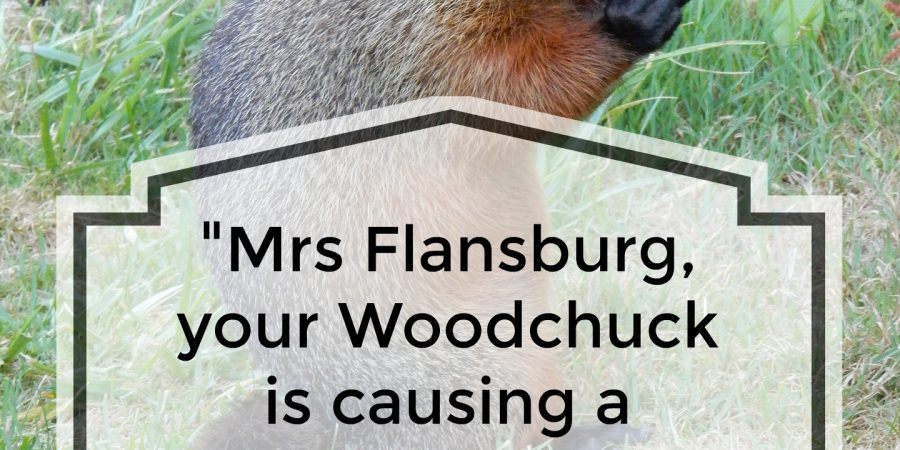 Ah, residential living. Here in the hoppin’ metropolis of Baxter, we enjoy many a wildlife on a day-to-day basis.

We have Neighborhood deer who come and go as they please and pillage everyone’s gardens. But no one seems to mind. We love our pretty deer family.

We also have the typical assortment of overfed squirrels, mouthy chipmunks and an occasional passing-by skunk. We’ve also had our share of woodchucks, but none were as memorable than PHIL.

Phil is, or was, a woodchuck (a.k.a. groundhog) and may I say he was a honkin BIG woodchuck. About the size of Cocker Spaniel to be exact and hubs claimed on more than one occasion that he was the biggest groundhog he’d ever seen.

Most people would freak and run for the shotgun. Not us. Not only did we embrace this critter’s presence in our backyard by naming him (“Phil” as in “Punxsutawney Phil”), we would eagerly watch for him daily. Oh, how my kids adored Phil. My spunk three and six-year old would have gladly brought his fat butt in the house if he was catch-able (which he wasn’t). We collectively agreed Phil could live in our backyard in peace and tranquility as long as he behaved himself.

And that was the way it was…..for about two weeks.

Then Phil started getting brave. And naughty. Slowly reports from adjoining neighbors filtered in that Phil had been up to no good. Raiding gardens and digging holes in yards deep enough to trap elephants. Our neighbor’s tones changed from amusement, to annoyance (“shoot the G.D. thing!” my neighbor shouted over the fence). It perplexing and distressing for sure.

I even had a dream that I answered a knock on the door, only to find a police officer on my front step. Not a regular cop mind you, a motorcycle cop with the white helmet, mirrored shades, and the puffy pants. “Mrs. Flansburg,” he barked sternly. “Your woodchuck is causing a ruckus!”

That was the last straw. Phil had to go.

We buffered the kids from the inevitable….Phil was going to have to go to the Big Woodchuck Hole In The Sky. Phil’s reign in our backyard came to an end a few days later when my hubby spotted him up on his hind legs, clinging to the chicken wire surrounding our garden, eyeballing the forbidden feast like he just discovered the Salad Bar of the Century.

When the kids ask why Phil hasn’t been around, we just say he’s out chucking wood (“how-much-wood-can-a woodchuck-chuck-if-a-woodchuck-could-chuck-wood”). So far, they’re satisfied with that. Besides, they’ve recently found a family of toads they seem to like better anyway. 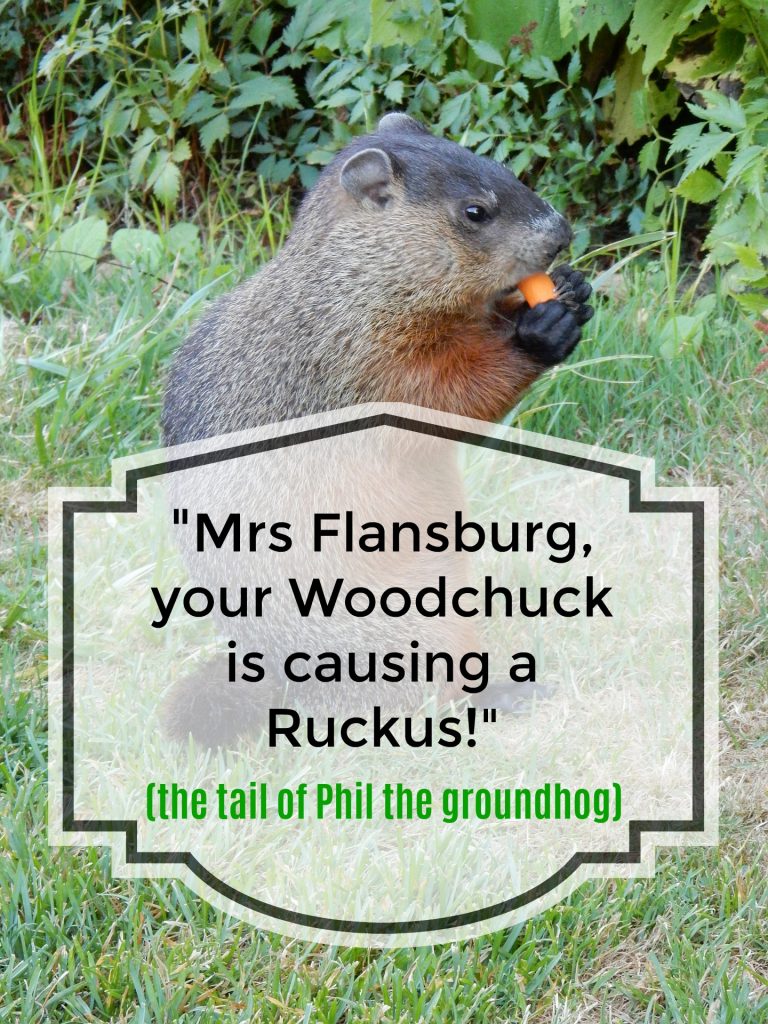