Ever watched movies like Mad Max, Red Dawn, or The Day After?

Whether it was water, sunlight, gasoline, or electricity, the world lost something monumental enough to bring it to it’s knees. Some sort of scarcity that forces humans to stop everyday processes and reevaluate their lives. The loss of something that we all need to conduct our lives and move forward in life. Some is based on comfort, some on need, some of hypothetical fear. 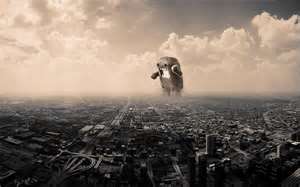 (photo source: Friend for the End of the World Official Trailer | Beyond the Bunker)

What would happen if the world lost the Internet for a day, week, month? Would people freak? (YES) Adapt? (POSSIBLY) Move on? (MAYBE..EVENTUALLY)

I am only thinking these thoughts as my Internet is flickering in and out and, as a Virtual Assistant, I am crapping my virtual pants since my day can be summed up in the hashtag #ButtLoadOfWork.

So, what would I do if the world lost Internet access for an extended period of time? Well, my first thought would be would be a Godsend. Everyone would be in the same boat as me so no ‘splaining or excuse -making would be necessary. SWEET.

I would play with my kids more, dust off books, relive memories through pictures (the kind you hold in your hand, not look at on your iPhone).

I would cook, garden, craft, and ponder. Then I would ponder making, eating, and growing stuff.

Then the crappin-my-pants would start since my source of income would dry up to nuthin and I would need that garden to eat.  And I would have to order seeds the old school way…..by filling out a form and mailing it… *mock*gasp*.

So what are your thoughts? Would you not give a flying-monkey-butt if we lost all Internet for an extended period of time? Or would it be ta REALLY big deal for you and yours. Share if you dare 🙂 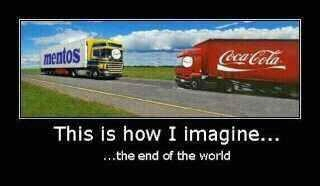