The comic series “Geiger” delivers both superhero drama as well as tender, personal moments that are beautifully natural. Set in a wasteland poisoned by radiation after humans decided it would be a good idea to fight a nuclear war, this story begins in the terrible aftermath of that destructive decision. Life has had to move underground, but one man can walk on the surface without a protective suit. He burns with radioactive fire from within, and his mission is focused — he wants to protect his family, and nothing will stop him.

Comic creator Geoff Johns, who collaborated with Gary Frank to finish “Geiger,” wanted to explore the subtle essences of fatherhood as well as look at the furthest parameters to which that love will stretch in extreme situations. There are few things more extreme than the nightmarishly ironic situation of the physical world being destroyed by humans out of choice. 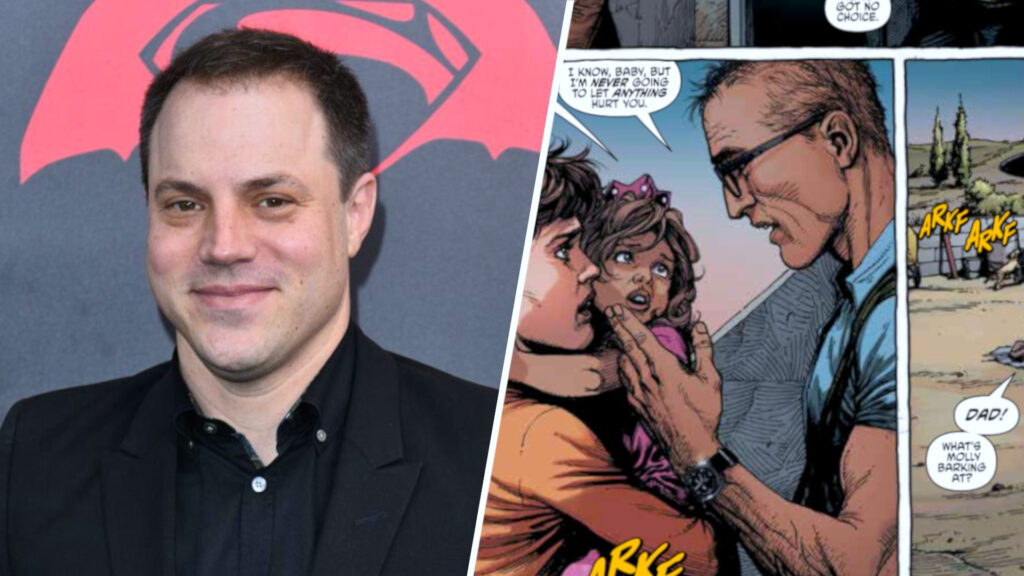 The eponymous character, Tariq Geiger, is thankful his family is in a shelter. However, while his family is protected from the radiation, he was left outside and changed by the radioactive fallout. Rather than growing sick, he became empowered to walk about in the deadly atmosphere freely, without needing a protective suit. In the story, he focuses his efforts on protecting his family. 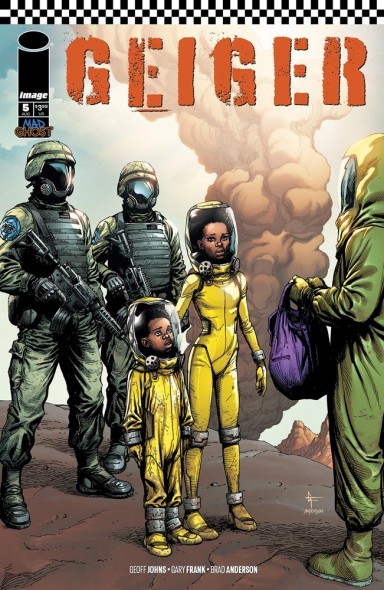 As marauders and ne-er-do-wells begin to wander above-ground again to plunder, Geiger works ceaselessly to protect his family’s space from being invaded. In so doing, he becomes a legend. The comic book writer created this story to be one of an ordinary man dealing with extraordinary circumstances and the ways he finds to keep his loved ones from harm.

Cataclysmic disasters, such as those explored in “Geiger,” have long been a source of fear and fascination for moviegoers. Johns and Frank cite films such as “Mad Max” as inspiration for this latest story. However, “Geiger” seeks to explore more than mere survival in a dystopian world.

The writers also examine the depth of love and loyalty that can exist within families. Though physically separated from his family, Tariq Geiger loves them no less and fiercely guards them.

Another theme of this story is courage and bravery. For this, Johns and Frank drew on classic western films, including “True Grit.” This film is a story about a determined teenager who convinces a Texas Ranger and a tough, one-eyed U.S. Marshal to help her hunt for her father’s killer. Danger surrounds them continuously, but they are undaunted. The writers wanted to revive this idea of courage in the face of many dangers and hardships for “Geiger.”

The writers took their new idea to a new publisher, Image Comics. This publisher was founded by professional illustrators with the mission of letting creators hold onto the copyrights for their work. This fresh start appealed to Johns and Frank.

Although “Geiger” deals with superhuman abilities, ultimately it is a human story about courage and strength in the face of adversity. Tariq Geiger represents an ideal of how to deal with horrifying circumstances with tenacious bravery and unfailing love. In the end, “Geiger” might even inspire its readers as it entertains them.