I remember it well. It was the day I reached the breaking point.

It was a few weeks ago when I was trying (key word is trying) to organize the mass-mess of TOYS in our basement. I was attempting to organized the 10 tons of STUFF my rugrats have seemed to accumulated, into bins.

My theory was, that if each toy type was in its own bin, it wouldn’t qquuiittteeee seem like my basement had more inventory than Wal-mart. And also maybe that my home won’t turn into One.Big.Mini-Lego-Dumping-Ground.  Plus I had heard it was a Scientifically Proven Fact that plastic dinos and toy farm animals cannot chew, claw, Moo, or “raaar” their way out of plastic totes. 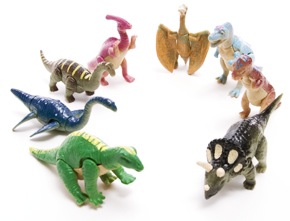 I felt smug and brilliant. There’s a was Safari Critter bin, a “Action Guy” bin, a Matchbox Cars bin, a Barbie Crap bin, a Pretend/Play Food bin, and a “Weapons Bin”…….

Anywhoo, I just wanted to feel in control of my living space again. I was also concerned that,  if the plastic dinosaurs and the Star Wars Action Figures aligned forces against us, we’d be screwed.

My “ah-ha” moment was when I realized our kids had sooooo outgrown about 70% of what I was trying to “organize.” I firmly believe that things in your life “need a home” (storage bins) or “a path” (a way to move them on to someone else who can put things to use)

and the “PATH” moment had come.

It was time to purge and have a garage sale.  So armed with a laundry basket, garbage bags, garage sale stickers, and a big block of time it was time to do battle with my clutter.

So after a week of swearing, toiling, bargaining with the kids (no, you do not need your Cocker-Spaniel-sized Barney doll. Second graders have moved ON from big purple dinosaurs-I am sure of it) and many packs of garage sale stickers later, our garage sale was ready to rock-n-roll. 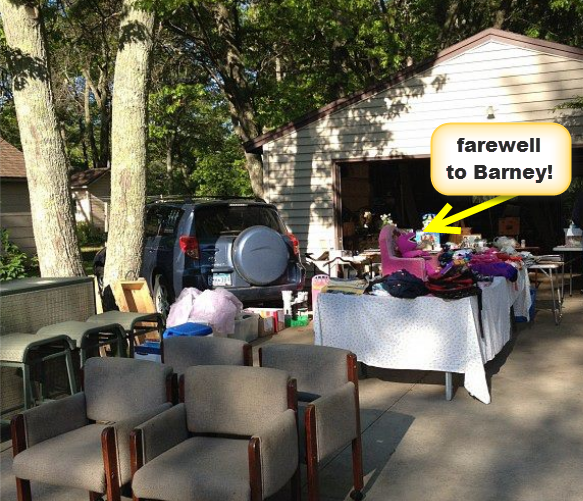 Needless to say, it was a good day. We removed a TON of unnecessary or outgrown items from our home and made some extra money for our No Bummer Summer Travel Fund at the same time. The kids got on aboard after hubby and I agreed they could have some of their earnings from the sale of their toys as “fun money.”

All-in-all, I think our sale was a success, but if I was to do it differently, this is what I would change:

1. Have it earlier in the Spring: Typically we have our sale in May when shoppers are ready and hungry for garage sales. But thanks to this year’s crazy weather (we still had snow on the ground in mid-May) we had to push it back to the first week in June. I truly believe we did not have the crowds we normally have had, even though the weather was decent that day.

2. Use social media more: I am amazed as to how much traction I got from posting pictures of my bigger items on Facebook. Countless people showed up asking, “do you still have the ___ I saw in Facebook?” Very much an eye-opener as far as creative and effective ways to promote your sale.

3. If it’s only worth a quarter-DONATE IT: I know “it all adds up” but it seemed like I spent an astronomical amount of time pricing twenty-five-cent items. Next time I will either donate those items, or bag it up and sell Ziploc bags full of stuff for a buck.

5. Skip the “No Early Sales” notation on the ad: No one pays any attention to that sh*t anyway. And hey, as long as you are polite and your money is green, you can shop my sale early.

1. Stick with Fridays: I still think Friday is a better day than Saturday for a sale. Not sure why, but we have always had great luck on Friday’s.

2. Involving the kids was awesome: Our oldest (10 y.o) practiced his change-making skills and was more willing to part with out-grown toys when he knew he was getting some of the money.

3. Using the sale as a lesson in saving $$: Like I mentioned, the kids got some of the money. The rest went into their savings accounts. Jake is saving for a BB gun, and Sara is saving for a “pet unicorn.” 😉 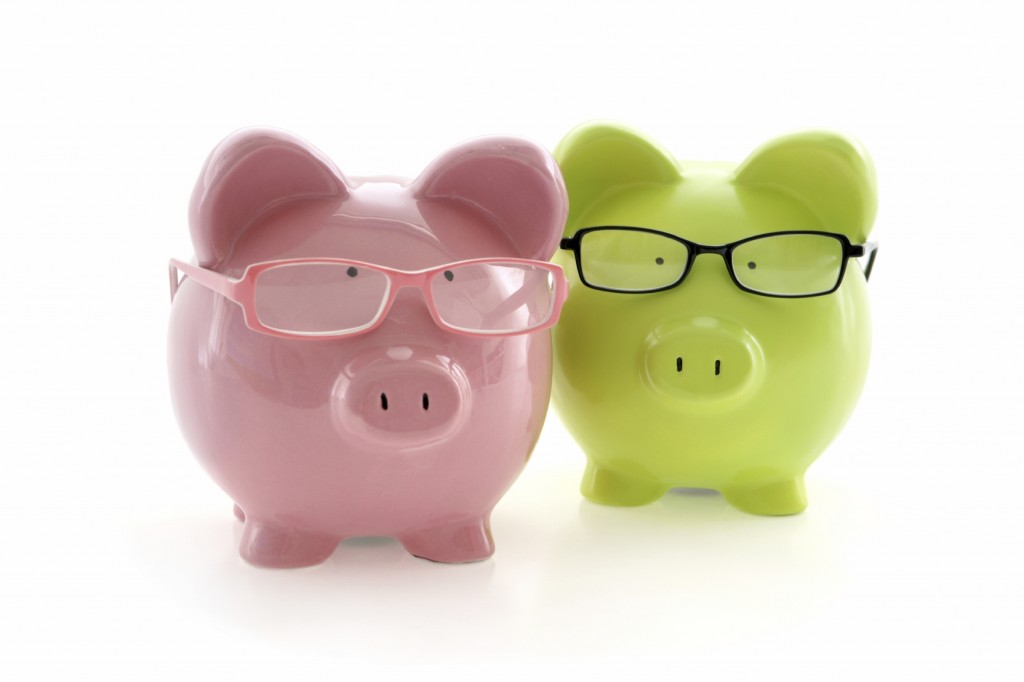 4. De-Crap-ifying is empowering: Using the garage sale as a way to de-junk, de-clutter, and get some extra pocket-money.

**Side note. What did not sell either got tucked away for next time, or loaded up to be donated to a local thrift.

What garage sale tactics work for you?

Now, how about more thoughts, guidance, suggestions, and tactics on what you CAN sell. For a limited time, I am GIVING AWAY my Tips & Tricks to a Wildly Successful Garage Sale e-book! 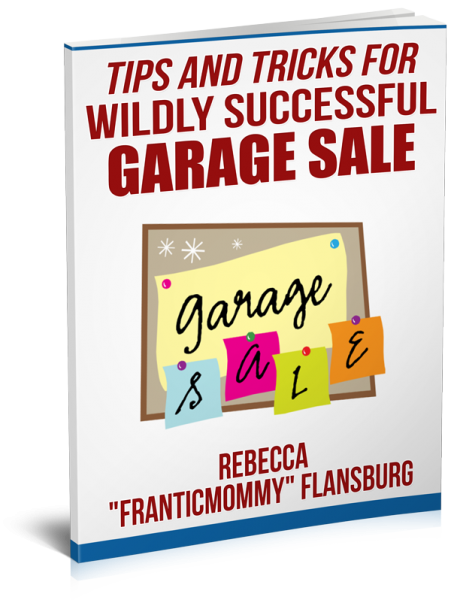 Go HERE, enter your email addy and get instant access!